The beginning of this week was eventful in the Bay Area. First on Monday the San Francisco Giants became “world champions” in baseball. Something that Giants haven’t been since 1954 when they actually were the New York Giants. The two best teams in the two different leagues that make up MLB (Major League Baseball) in USA play a final called the “World Series”. It’s a series played as best of 7 games. This year the final was between Sen Francisco Giants and Texas Rangers.

Today, Wednesday, Giants had traveled back to San Francisco to be celebrated by big crowds of fans. 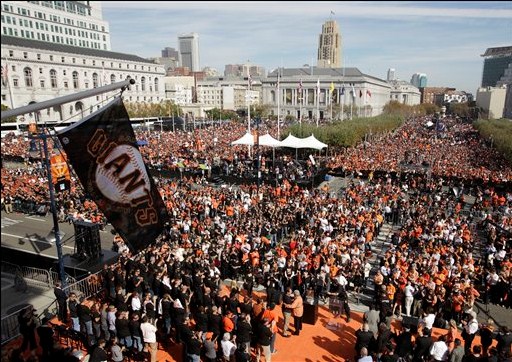 I suspect the reason that they were celebrated today and not yesterday was that Tuesday this week was midterm elections in USA. All states voted for what people to send to the Senate and the House of Representatives. In California the election for senator was between democrat Barbara Boxer (who already has been serving 3 terms) and republican Carly Fiorina (former CEO of Hewlett Packard). 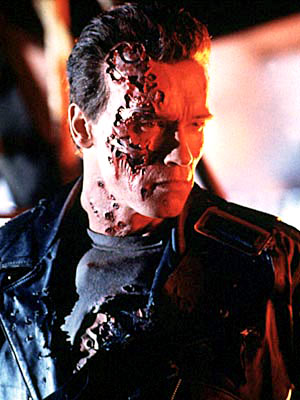 There were also a lot of local elections going on at the same time. The most important one was who would be the new governor of California after Arnold Schwarzenegger who has had the post for the past eight years.

As you may know political campaigns in USA are a bit different than in Sweden. On TV there are a lot of “negative ads” that are not so much about what the candidate behind the ad wants to do but rather how crappy the other candidate is. If your main source of information is TV and you don’t watch so much news then this is pretty much all you will see. The democrat candidate Jerry Brown (who has been governor before) “just spends and spends and spends” and Meg Whitman (former CEO of EBay) “is dealing with issues that clearly eludes her” and “has a loose relationship with the truth”.

But there are also elections for a lot of other positions like Lieutenant Governor, Secretary of State, State Controller, Attorney General etc etc. And if this was not enough there are also elections for a number of specific issues both on the state level and on the county level (San Francisco County, Santa Clara County etc). The probably most famous one was California Proposition 19, whether marijuana should be legalized. On the state level there were 10 propositions.

One was “Prop 23” that was backed by two oil companies from Texas. They wanted to suspend the Global Warming Solutions Act of 2006 that aimed at reducing green house gases. The proposition wanted that to be put on hold until the economy got better. When voters had said no to Prop 23 Arnold said in an interview on TV that “Yestarday we beat Texas (referring to the basball game). And you know, today we did it again”.

In Santa Clara County (the county that includes e.g. Mountain View and San Jose) the people voted among other things whether hotel taxes should be raised from 10% to 12% so that budgets cuts could be avoided for things like the police and fire department.